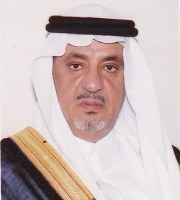 HRH Prince Saud Abdullah Al Faisal Bin Abdulaziz Al Saud – the late Chairman of SIGMA Group was graduated from the Royal Military Academy Sandhurst in the United Kingdom and served the Kingdom’s defense forces for many years. In addition to his role in SIGMA Group, he was also a shareholder in several Board and leadership positions in other companies apart of the Group. His Royal Highness was also active in several charitable organizations and environmental protection initiatives.